ComponentOne is comparable to Windows 8. The company announced its support to the new OS as it released control suite Studio Enterprise 2012 v3. 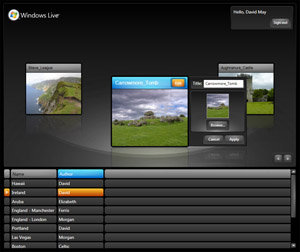 Chris Bannon is the product manager of ComponentOne (GrapeCity). Bannon revealed that the company had its desktop covered with Windows Forms controls and now it extends Windows 8 control into Studio for WinRT XAML and Studio for WinJS packages. This information was announced at the Microsoft’s BUILD conference this month. The ComponentOne’s control development has two codebases and these are JavaScript codebase and XAML codebase. This actually gives the user clear migration paths thereby targeting larger platforms from the same codebase.

Greg Lutz is also the product manager of ComponentOne and he said that Microsoft has system controls that are essentially needed by ComponentOne to further develop its tools. However, changes are somewhat difficult to implement on JavaScript. Bannon further explained that it is difficult to implement the current JavaScript Framework for it has no base control. Microsoft provided new event APIs, which will be the one responsible in handling touch input. Through this, the developers will be able to use the application through their own gestures.

Bannon has found out that JavaScript in Windows 8 utilize the same standards that are present in JavaScript for Web applications.

Lutz also said that ComponentOne created various controls for structuring Windows Store applications. To navigate the applications, you can either use touch input and pen input. Included in ComponentOne new controls are touch first charts, ListBox controls, and gauges.